Performed with each inspection. 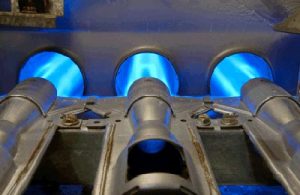 According to the Journal of the American Medical Association (JAMA). 1,500 people die annually due to accidental carbon monoxide exposure, and additional 10,000 seek medical attention. (Medical experts agree that it's difficult to estimate the total number of carbon monoxide incidents because the symptoms of carbon monoxide poisoning resemble so many other common ailments.)

What is the danger to me?

Carbon monoxide inhibits the blood's capacity to carry oxygen. In out lungs, CO quickly passes into our bloodstream and attaches itself to hemoglobin (oxygen carrying pigment in red blood cells). Hemoglobin readily accepts carbon monoxide - even over the life giving oxygen atoms (as much as 200 times as readily as oxygen) forming a toxic compound known as carboxyhemoglobin (COHb). By replacing oxygen with carbon monoxide in our blood, our bodies poison themselves by cutting off the needed oxygen to our organs and cells, causing various amounts of damage - depending on exposure.

Here is a list of the types of inspections we do: